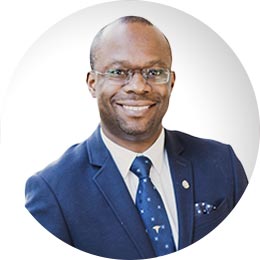 When most people think of epilepsy, they think it’s a disease that starts in childhood or early adulthood, or they assume it’s a genetic disorder and can’t be caused by outside factors. Among seniors, however, epilepsy can develop even during their advanced years. In fact, among patients older than 75 years old, one in 10 will have a seizure at some point, and three percent will be diagnosed with the condition. Contrast that with only one percent of all people who develop epilepsy by the age of 20.

Sadly, many cases go undiagnosed because the symptoms are misinterpreted as a normal part of aging. It’s common, for example, for people in their 70s and 80s to feel forgetful or confused, or as though they can’t remember what just happened over the previous couple of minutes. That’s not really a normal part of aging and may actually be an indication of epilepsy.

Because many seniors are managing various health issues that do come with aging, epilepsy can be difficult to diagnose. At the same time, the likelihood of developing epilepsy rises with age for a range of reasons. For example, seniors are more likely to suffer a heart attack or stroke, either of which can cause damage in the brain leading to epilepsy. It can also be difficult because epilepsy does not always cause grand mal seizures, and smaller seizures can be easily missed.

What causes epilepsy in seniors?

In older adults, stroke causes roughly a third of all epilepsy diagnoses, making it the most common contributing factor. The second most common cause is dementia, including Alzheimer’s disease. Other diseases and conditions that can raise the likelihood of developing epilepsy include:

Plus, the older we get, the more likely we are to fall. This can sometimes cause a serious enough injury in the brain to trigger the development of epilepsy, and subsequent falls can cause seizures.

Symptoms to look for

The symptoms in older adults are similar to the symptoms any age group might experience. However, it may seem out of place for someone in their twenties or thirties to show these symptoms. With seniors, however, these symptoms could be mistaken for aging-related issues. They include:

For most epilepsy patients, the most effective treatment is medication to reduce the number and severity of seizures. For older patients, however, doctors have to be a lot more cautious prescribing medications because they may interact negatively with other medications the patient’s already taking.

Plus, with seizure medications especially, they need to be taken consistently at the same time every day to be effective. This could be a problem for older adults who may be dealing with memory and focus issues. Therefore, it’s highly recommended that the patient, or a caregiver, create a system to make sure that the medications are taken according to the doctor’s instructions. Using a daily pill box divided by time of day, or putting reminders around the house is a good start. Another possibility is getting a wristwatch with an alarm or using a reminder app on a smartphone. Also, it’s a good practice to mark the dates that meds need to be ordered on your calendar so you don’t run out.

So, keep an eye open for the symptoms discussed earlier and, if you have any concern at all, see your physician. After all, with treatment, you can still enjoy a normal life and stay involved with your favorite activities.