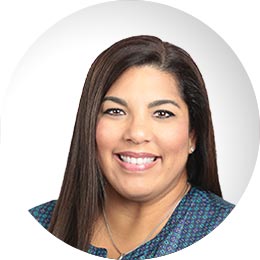 Why measles prevention is important… at any age.

If you’ve been watching the news, you’re probably aware that 2019 has been a record year for reported cases of the measles. As recently as 2000, it was thought that measles had been eliminated. Through June, however, more than a thousand measles cases have been reported in 28 states, including Florida. Furthermore, according to the Centers for Disease Control, the outbreak was caused entirely by travelers – most of whom were not vaccinated – who carried the virus home from outside the country.

Fortunately, the majority of adults in the United States don’t need to worry about the measles because anyone born in the U.S. before 1957 is considered immune. This is due to the fact that almost everyone in that group was exposed to the measles prior to a vaccine becoming available. For those born after 1957, if they were vaccinated or contracted measles, they are also considered to be in no danger. That leaves only people born after 1957 who were never vaccinated and never had the measles.

Measles is highly contagious. In fact, it’s possible for someone who is infected with the virus to expose up to 90 percent of non-immune people they come in contact with. Plus, the virus can live for up to two hours suspended in the air, so it’s possible to catch measles by being in the same room with an infected person.

Symptoms can appear about 10 days after the initial infection and will include a fever, along with cough, runny nose, or conjunctivitis. Other symptoms may include a dry cough, sneezing, watery eyes, sensitivity to light, body aches, and a reddish-brown rash, as well as small grayish-white spots, known as Koplik’s spots, inside the mouth.

The fever that comes with measles can be mild, but can also reach as high as 105 degrees Fahrenheit and can last several days. The rash usually appears about three or four days after the symptoms start and can last for over a week. It starts behind the ears and spreads over the head and neck before eventually covering the rest of the body.

In addition to the typical symptoms of measles, more severe complications can include diarrhea and vomiting, making hydration extremely important during recovery. Other complications include:

Like many viruses, there really is no treatment because it has to run its course, which usually takes between seven and 10 days. As long as there are no severe complications, your physician will likely only recommend rest and plenty of fluids to prevent dehydration.

It’s important to note that people of an advanced age often have immune systems that aren’t quite as effective as when they were younger. That means you’re more at risk if you were born after 1957 and were never vaccinated or never had the measles. So it’s very important that, if you should notice any of these symptoms, especially if you know you are in that risk group, you see your physician as quickly as possible.

While there is no treatment for measles, the best recommendation is to prevent it in the first place. The World Health Organization estimates that 2.6 million unvaccinated people die from the disease every year. If you’ve never been vaccinated or you are not sure, talk to your physician about getting an MMR vaccine. Which is shown to be 93 percent effective at stopping the virus. After all, it’s far better to be safe than to subject yourself to that kind of risk.