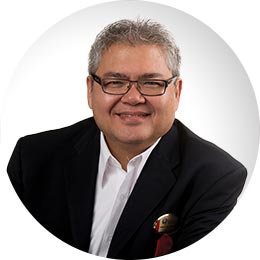 In the first 10 years of the new millennia – the decade between 2000 and 2010 – millions of people in the U.S. were victims of a problem that has plagued mankind for thousands of years: insect and spider bites. According to a 2014 study, more than 6.8 million people were treated in emergency rooms for stings or bites during that period. Whether you’re indoors or outside, you’re usually within a few feet of a spider or insect, and if they bite, it can range from a minor annoyance to a life-threatening health crisis.

When you are bitten or stung by a bug, the most important thing you should do is try to figure out quickly if it needs medical attention. Start by asking yourself a few questions:

Did you see the bug?

You may not even know you were bitten until you notice the symptoms, like a spot that itches or hurts, a bump on your skin, or redness. By that time, the culprit is probably long gone. If you see it and you can safely catch it, it will be helpful to bring it with you in a clear jar or plastic bag if you have to seek medical attention.

How is your body reacting to it?

Sometimes, the reaction is small. That doesn’t necessarily mean that it doesn’t hurt. In fact, it could be quite painful. However, if the reaction otherwise seems minor, it’s probably not going to be very bad. For example, if there is swelling and it stays within two inches across, you probably don’t need medical attention, especially if the pain goes away quickly. In that case, use ice or a cold compress to reduce swelling and ease the pain. It might also help to take an over-the-counter pain medication like ibuprofen or acetaminophen.

On the other hand, if the swelling is over a larger area, the pain lasts a long time, or the bite area feels hot or itchy, it’s time to see your physician because the venom may be spreading. Other symptoms of a more severe problem include a rash that spreads over large areas of the body, nausea or vomiting, trouble breathing, and dizziness, as well as swelling in the face, throat, or tongue. These symptoms could also indicate that you’re having an allergic reaction.

While it’s rare, bites or stings can be fatal if you have a severe allergic reaction to it or if you’re bitten by a highly venomous bug, such as a black widow spider or a brown recluse. So, it’s a good practice to see your doctor if you have any doubts at all.

The most common types of bites and stings

Everyone has been stung by a mosquito now and then. And while they can drive you crazy with the itching for a day or two, they typically don’t pose a real threat. Unless, that is, they are carrying bacteria or viruses that they transmit to the body. In 2016, there were over 47,000 reported cases of mosquito-borne illness in the U.S., with the most common being Zika virus and West Nile virus infections.

Of course, the best thing you can do about bites and stings is to prevent them in the first place. Your best protection is to use an insect repellent when outdoors, applying it to your skin and clothes but not on your face. Never use it on babies and don’t use products intended for people on your pets. Finally, always follow the instructions on the label and wash it off with soap and water once you’re back indoors.