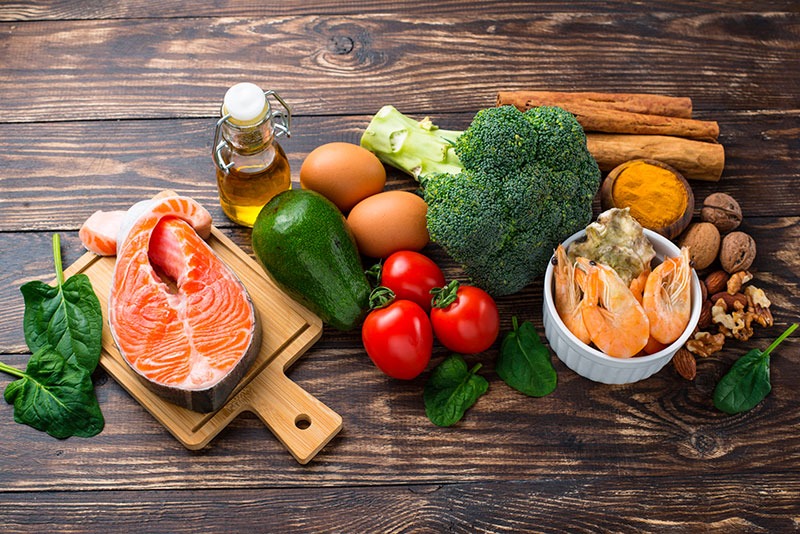 Aging is a natural part of life that affects the entire human body. That includes the aging brain. As we get older, some parts of the brain slowly began to shrink and communication between neurons can be reduced. This means many people, as they age, face difficulty focusing and multitasking, as well as recalling names or words.

The brain is an organ that requires a lot of energy. In fact, it accounts for about 20 percent of the calories you burn every day. It controls practically every function in the body, from the beating of your heart to drawing air into your lungs, In addition to the things you do consciously like moving, thinking, and feeling. So, it’s important to keep your brain functioning at the highest possible level, even as you get older, and the food you eat can play an important part in that effort.

The good news? You have plenty of options available to you when putting together your meal plan!

The human brain is about 60 percent fat, half of which is omega-3 fatty acids, which the brain uses to build brain and nerve cells and is needed for memory and learning. Omega-3 has also been shown to slow mental decline caused by age and help ward off Alzheimer’s disease. On the other hand, a lack of omega-3 in the diet has been linked to learning problems and depression. Fatty fish – such as salmon, trout, or sardines – contain a lot of omega-3 fatty acids.

The nutrients in eggs, specifically the egg yolks, include choline and folate, as well as vitamins B6 and B12, all of which have been tied to brain health. Choline, for example, is used by the body to create a neurotransmitter that regulates memory and mood. A single egg yolk contains between 20 and 25 percent of the recommended intake of choline. Folic acid, or folate, and the B vitamins are also known to enhance brain health.

Most berries contain flavonoids, which is the natural plant pigment that gives them their bright colors. Flavonoids also improve memory and have been shown to delay memory decline. Many berries also contain anthocyanins, which have antioxidant and anti-inflammatory qualities that can fight brain aging and degenerative diseases of the brain, such as Alzheimer’s disease.

Getting more non-starchy vegetables in your diet has a positive impact on your health in many ways. In the brain, broccoli increases the level of isothiocyanates, which may lower the risk of neurodegenerative disease. Many vegetables also contain flavonoids and vitamin C, which contain antioxidants. Spinach, kale, brussels sprouts, cabbage, and cauliflower are also among the vegetables that are good for your brain’s health.

While there are many different kinds of nuts, they tend to be very healthy for your brain, especially walnuts because they provide omega-3s. In general, nuts also contain healthy fats, antioxidants, and vitamin E, which protects cell membranes from damage, including brain cells. They’ve been shown to improve cognition and memory.

A diet that includes whole grains also provides a lot of vitamin E, which augments brain health. Oatmeal, brown rice, barley, and bulgur wheat are good sources of vitamin E, along with whole-grain bread and pasta. Check labels carefully, though, and remember that “whole wheat” is not the same as “whole grain” and doesn’t provide the same health benefits.

Finally, while they are not a substitute for a healthy diet, certain supplements may help improve brain function, especially if you have a deficiency in these areas. This includes vitamins B, C, and E, as well as beta-carotene and magnesium. Your doctor can advise you on whether these would be effective and, most important, if they are safe for you to take.