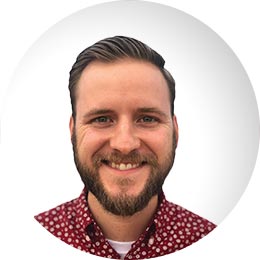 Despite occurring almost exclusively in men over the age of 50, prostate cancer is the second most common form of the disease in the U.S. In fact, research shows that more than 70 percent of all men over 80 have at least some cancer cells in their prostate.

Fortunately, the long-term prognosis for men diagnosed with prostate cancer is typically very good, assuming it is caught early before it spreads to other parts of the body. According to the American Cancer Society, the 15-year survival rate is close to 100 percent, thanks to early detection rates and effective treatment options.

The prostate is a small, walnut-sized gland that is vital to the male reproductive system, and it sits between the bladder, rectum, and penis. Its main function is to produce fluid that transmits sperm during intercourse. Left untreated, cancer of the prostate can be a dangerous, often fatal disease because it is so close to many vital areas of the body. So, it can easily spread to areas that include the bladder, urethra, spine, and pelvis.

For elderly men with prostate cancer, one of the more frequently prescribed treatments is hormonal therapy, which suppresses testosterone – a hormone that prostate tumors need in order to grow – by limiting the body’s androgen receptors with medication. However, because aging patients are less able to absorb or process internal imbalances, it is important for a physician to monitor the patient’s toxicity levels to make sure they don’t get too high.

What can you do to prevent prostate cancer?

Because the risk of prostate cancer increases as we age, it’s practically inevitable if you live long enough. And while no prevention measures are 100 percent effective, there are certain steps you can take to minimize your risk. These include:

Most importantly, make sure you’re seeing your physician regularly and being tested for any issues with your prostate. After all, with early detection, prostate cancer is almost 100 percent treatable with full recovery.